Going to watch a hockey game is only part of the fun, going to a game with a group of friends and then getting in one after is even better. So now we go over the top 10 places to visit, catch a game, and party after.

Minnesota is known throughout America as one of the biggest hockey regions, they love the game and pack the arena. You wont have a hard time enjoying the game, even better the Xcel Center is surrounded by hockey bars. Go hang out with the local fans at a number of bars. Its nice not having to go far to get a beer after the game.

Come on, its Florida, who wouldn’t want to take trip there. Plus the Lightning are filthy right now so that’s a bonus. Amalie arena is full of bars surrounding it, Ferg’s is a popular spot and believe it or not there are hockey bars near by as well. The weather is a key draw during hockey season.

There’s a reason this place in on every top bachelor party destination list. Montreal is a big hockey town and the crowds are electric, but this pick is on this list for the after game activities. Montreal is known to be the most liberal city in all of North America, dubbed the “Sin City of the North” there is no shortage of trouble to be found. Simply put Montreal has everything you are looking in a party destination, from old world European charm to some of the craziest partying you can imagine. The winters there are rough so that drops it on the list, because of the limited amount of season you really have to party.

Vegas surprised everyone last year, so even more than last year fans will want to travel here to see their team play the Knights. Vegas is only #7 because its so expensive, this is a hockey trip you would have to save up for, especially if you’re going with the boys. Although the weather will be nice year round, which is a bonus.

If you haven’t seen Paul Bissonnette’s documentary “Biz Does BC” on Bartsool Sports, I highly recommend it, then you really will know why this place is #6. Going to visit British Columbia tops going to the actual game, which keeps it out of the top 5. There are plenty of bars and clubs in walking distance from the Rogers Arena as well. Plus hearing Biz talk about the Roxy should make any fan want to visit.

Denver gets the bump because the Avs had a good year last season, so seeing a good hockey game will be a plus. Denver has a variety of bar districts and a cheap train ride will get you where ever you need to go. If you’re into the legal greenery then you make have an even better time. Denver is clean, friendly and offer every type of bar you could imagine.

Boston is a must to see a hockey game, which bumps it very high on the list. The history and wild fans make it a destination for every hockey fan. One of the best sports bars in America is near the TD Garden, The Fours is named after the legendary Bobby Orr. But the arena is also surrounded by numerous other bars, so it wont be a long walk to visit any number of prime drinking establishments.

Detroit gets a bad wrap, but it can be a very good time. The reason they are so high is because of the new arena, just take a second to google it…I’ll wait. Ok so you’re back, its unreal and has revitalized the entire area. Visiting Hockey Town Cafe is a must for any hockey fan, plus Cheli’s (named after Hall of Fame defense man Chris Chelios) is another popular hockey spot. The People Mover is also a thing of beauty, taking you to numerous bars over the night for a cheap price. There is no shortage of fun and safe bars in Detroit, give it a chance. 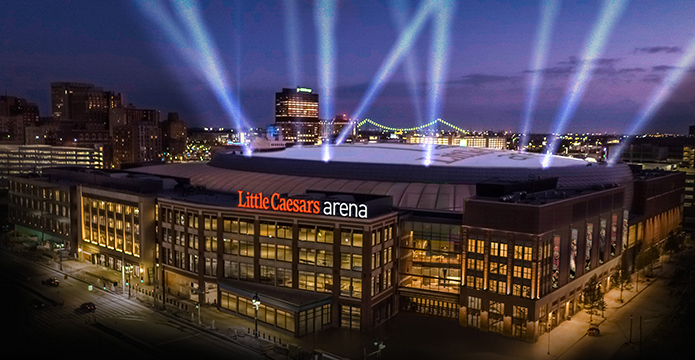 Toronto tops almost every party list, so add that with the history and fandom of the Leafs, its no wonder they rank so high. The Air Canada Center offers some of the best sports bars in North America and there’s no shortage of them. This is such an obvious choice there’s no reason to continue convincing anyone other wise.

Smashville is a party town first, hockey town second, but the recent success in Nashville is merging those 2 together more than ever before. You literally walk out of the arena and onto one of the most popular bar streets in the world. Broadway is always busy and after a Preds game is no different. There’s a reason its the bachelorette capital of the world, it should easily be top 3 for bachelors as well. This town just likes to party and they offer a lot of options. Its widely talked about how great of an environment the hockey games are, so mixing that with the night life makes it a no brainer.