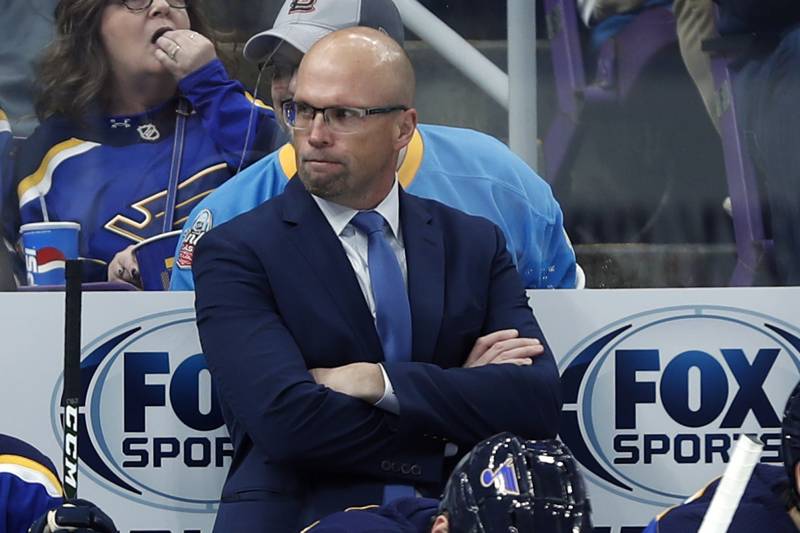 Edmonton is off to a disappointing 9-10-1 start this season, and it is three points out of a playoff spot in the Western Conference’s Pacific Division.

The 66-year-old Hitchcock retired in April after coaching the Dallas Stars to a 42-32-8 mark last season.

Hitchcock initially announced his intention to retire at the conclusion of the 2016-17 season, but he was fired by the Blues during the campaign, which led to him spending one season in Dallas.

The 51-year-old McLellan spent parts of four seasons as Edmonton’s head coach, posting a 123-119-24 record with just one playoff appearance.

Prior to joining the Oilers, McLellan was the San Jose Sharks’ head coach for seven seasons, during which time he went 311-163-66 and reached the playoffs six times.

St. Louis announced it fired Yeo and gave the interim position to Craig Berube. The team will address the move with a Tuesday morning press conference.

This is another major coaching move in the first half of the season in the Central Division after the rival Chicago Blackhawks fired three-time Stanley Cup winner Joel Quenneville on Nov. 6.

Yeo had been with the Blues since he replaced Ken Hitchcock in February 2017. The team brought him in as a coach in waiting for Hitchcock—who planned on retiring after the 2016-17 campaign—but ultimately elevated Yeo to the primary job during the season.

Yeo tallied a 73-49-11 with St. Louis, although the team missed the playoffs last season after making it the prior six. According to Tom Timmermann of the St. Louis Post-Dispatch, the coach had just one more season on his contract after the 2018-19 one ended.

Attention now turns to Berube, who has been with the franchise as an associate head coach since June 2017. He was the head coach of the Philadelphia Flyers from 2013 through 2015 and finished with a 75-58-28 record, and the team’s announcement pointed out he led the Chicago Wolves of the American Hockey League to a 44-19-13 record in 2016-17.